The storied West Lake in Hangzhou, Zhejiang province hit the headlines recently after its musical fountain descriptionwas involved in a key copyright case. 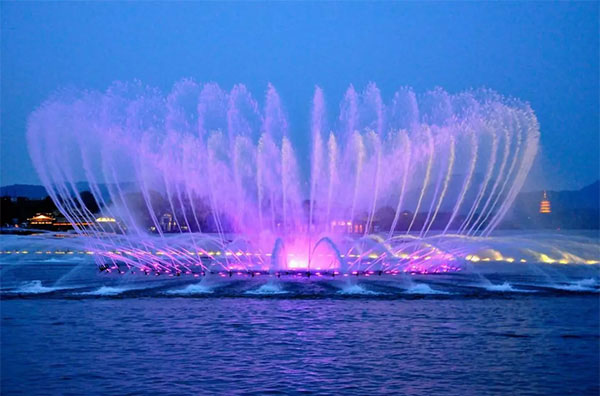 Beijing Water Design Technology claimed that the appellants had infringed upon its copyright on a musical fountain show that it had designed for the International Horticultural Exposition held in Qingdao, Shandong province in 2014. The Beijing Intellectual Property Court upheld the decision previously made by the city's Haidian District People's Court, which ordered the appellants to stop the infringement, make a public apology and pay 90,000 yuan ($13,470) in damages to Beijing Water Design Technology.

The case has attracted a considerable amount of attention because its key issue was whether a musical fountain show could be protected by copyright. Under the current legal framework in China, there are no laws or administrative regulations concerning copyright on a musical fountain performance, so the case could hardly be applied to a catchall provision in the Copyright Law.

Thus the landmark ruling will have a far-reaching effect on the protection of other visual art products, industrial observers said.

The musical fountain at West Lake is a popular attraction in Hangzhou with daily performances attracting large crowds.

Beijing Water Design Technology first filed a complaint with Haidian district court in 2016, claiming that the fountain show copied the one it had made in Qingdao in 2014.

The company told the court that its Qingdao musical fountain project ranked among the top 10 of its kind in China that year and won an award for innovation in the Chinese waterscape industry.

Before the 2016 G20 Summit held in Hangzhou, the West Lake administrative commission's officials sought to revamp their musical fountain and visited the Qingdao project, and in turn, asked Beijing Water Design Technology for materials relating to its layout and design.

Beijing CSCA Technology was the company that won the final bid for West Lake's new musical fountain and completed construction on the design in April 2016.

Beijing Water Design Technology said in court that it found the new fountain's show was almost identical with that of the one they had made in 2014 for the International Horticultural Exposition. Both shows even used the same two pieces of music as accompaniment.

The defendants asserted that Beijing Water Design Technology was not the copyright owner of the accompanying music and that the West Lake fountain was open to the public free of charge and thus the show didn't constitute infringement.

The Haidian district court ruled in favor of the plaintiff, and the defendants lodged an appeal against the decision with the Beijing Intellectual Property Court.

The appellate court ruled what Beijing Water Design Technology sought to protect was not the musical accompaniment, but the presentation of the musical fountain, including the changes in its light, color, and programming.

The dynamic linear display, combining a variety of elements such as light, color, music and water contours, expresses its creators' taste of art and is something that can be copied - thus it is seen as copyright creation, the court said.

The judges found "substantial similarity" between the two musical fountains involved in the case.

They said the West Lake fountain aimed to attract visitors and increase consumption, so the fountain operation is a commercial activity and subject to the Copyright Law.

Li Chen, a law professor at the Renmin University of China, told the court news website Brgy. china court that creative freedom means there is no point in specifying types of copyright products in-laws. The case gave an open explanation of the creative types listed in the Copyright Law, which conforms to its legislative purpose, Li said.

Wei Zhi, a professor of the Civil Commercial and Economic Law School at the China University of Political Science and Law, told the court news portal that amid an apparently tough conflict between respecting rigid rules under the current legal system and protecting innovations, the ruling has explored a path that conforms to the logic behind laws.