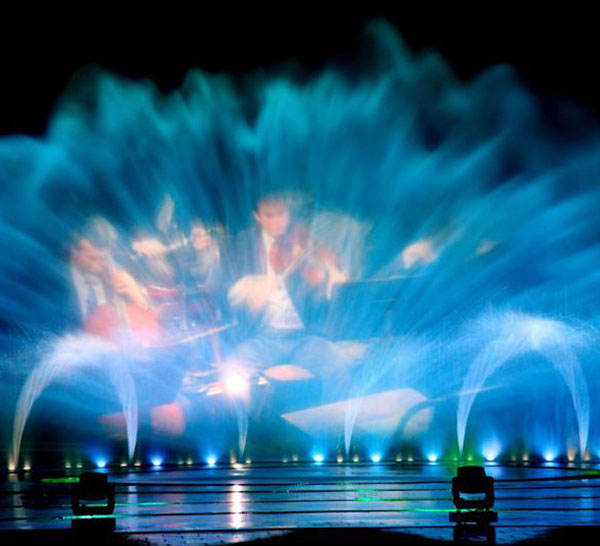 The water curtain film is a high-pressure water pump and a special water curtain generator that sprays water from bottom to top at high speed, and forms a fan-shaped "screen" after atomization. A special projector is used to project a special video tape on the "screen". Water curtain movie. When the audience is watching a movie, the fan-shaped water curtain blends with the natural night sky. When the characters enter and exit the picture, it seems that the characters are flying up to the sky or falling from the sky, creating a feeling of emptiness and dreams. The water curtain movie projector consists of mechanical device, control bracket, communication port, software, time signal interface and DMX512 interface. The engine of the projector is controlled by optical sensing with high precision. There are three control methods: programming control. Direct control and utility control. The water curtain is more than 20 meters wide and 30-50 meters wide. All kinds of VCD discs or water curtain special videos can be played on the water curtain. The film and television effect is strange, novel and excellent advertising tools. Water curtain movies can be installed in various squares and wide water surfaces.

The water curtain is usually more than 20 meters wide and 30-60 meters wide. The screen of the water curtain film has a strong sense of three-dimensionality and space. The characters seem to take off the sky or descend from the sky, and integrate with the natural night sky to produce a The illusory and dreamy feeling, coupled with the laser pattern, the scene is more grand and magnificent. The water curtain film is suitable for major festivals, large squares, theme park venues. 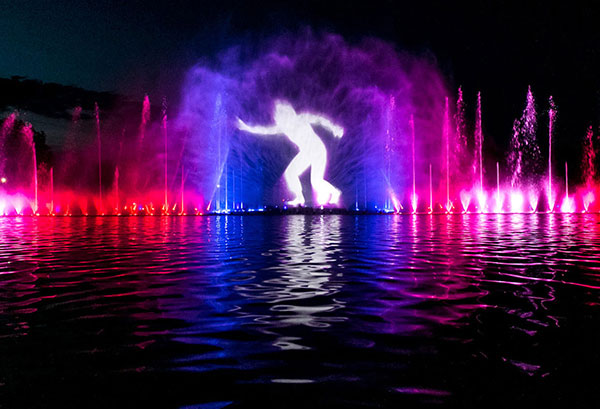 The small water curtains are generally close to 10 meters in length and width, and the area is about 100 square meters. The large lake water curtain can be more than 150 meters long and the height can reach more than 30 meters. The night view effect is more than the urban landmark building. Bright. This water curtain can also be adapted to local conditions, such as the use of local waterfalls and other facilities. The water curtain is oversized, which is unmatched by other technologies.

With the super-powerful sound effect, the unpredictable laser beam, like the mirage scene, allows the audience near the scene to experience the mysterious fantasy of the fairyland.

Not only can you be close-up or far-sighted. Of course, the angle of view is different, and the effect will vary widely. For example, watching at the lake, watching in a nearby high-rise building, in the distance or aerial photography, etc., in general, watching the water-screen movie, you always There is a free way. 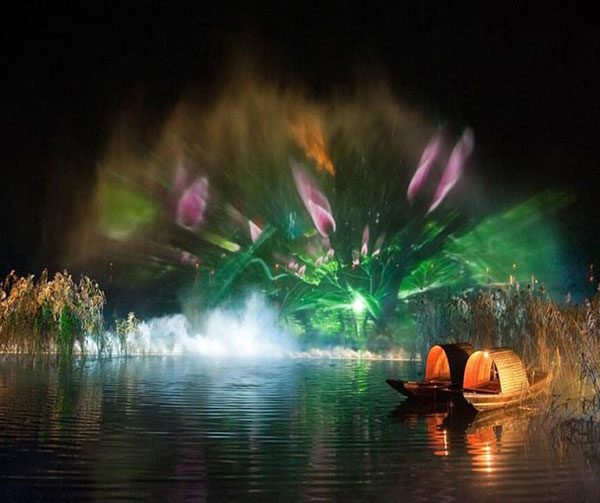 The cost is too high

Seasons, the climate has a great impact. The winter in the north is definitely not good; it is generally chosen in the summer, or in the tropical regions, such as Hong Kong, Macau, Guangzhou, etc., can be performed all year round. Some weather changes will also Unpredictable effects on water curtain movies, such as heavy rain, heavy fog, wind, lightning, hail, etc.

Many hardware devices need to be imported, and there are many technical limitations. Taking the three-dimensional plane water curtain as an example, the power of the ultra-high pressure water pump is limited, and the spray height from bottom to top is limited; the picture is huge, playing video and other dynamic pictures, for large engineering projectors. High brightness requirements; super long and wide screen, stitching fusion technology, etc.

Due to the reason of the format, the brightness of the light is not high, the water medium is not flat, etc., the water curtain generally only looks at the macroscopic scene, and does not demand detailed performance. To say simple, it is to see the painting on the line, color, clarity, exquisite, etc. are not picky.

1. Water curtain movies should be set up with resources close to water, such as rivers, lakes, artificial ponds, large water, etc.

3. The water curtain generator should have a high head, low flow, and even a spray, so that more water in the scalloped surface can withstand 3 winds. 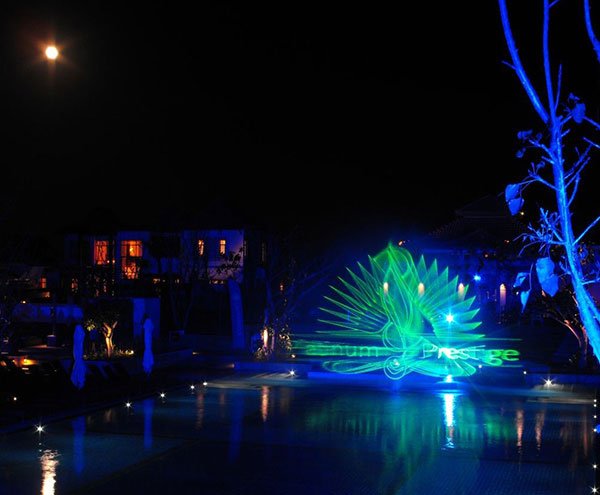 Relatively speaking, its investment is relatively small and easy to maintain. The disadvantage is that the scene is small and the effect is poor. Small performances, small advertisements will be used.

We generally say that the water curtains are all like this. The scene has a large audience. It uses high-pressure water pumps and special nozzles to spray water from bottom to top at high speed to atomize water to form a water film "screen" in the air. And the film is imaged after the atomization. The advantage is that the scene is the biggest, the disadvantage is that the capital investment is amazing, the maintenance cost is high in the later period. Generally, it is a temporary performance, and the fixation is relatively small. Since the screen is a transparent water film, the image is in the image. There is a special optical perspective effect during playback, the presented picture has a three-dimensional effect, close to the holographic effect, and the audience is more physically present. 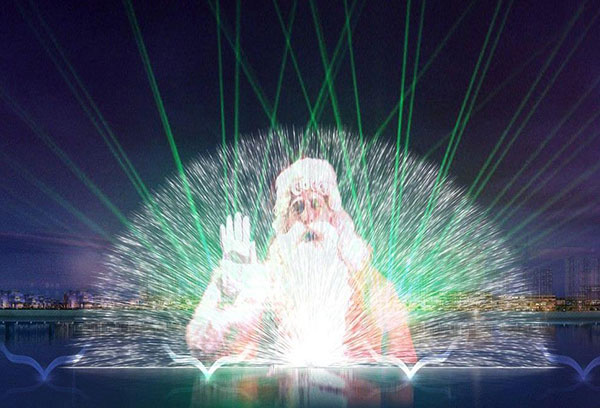 In every developed country in the world, the water curtain film is the symbol of the city center. The musical fountain next to the Burj Khalifa has become the new artistic sanctuary in Dubai with the height of the world. On the Marina Bay in Singapore, the beautiful water curtain movie night The night attracts countless tourists from home and abroad. The latest masterpiece of "Disney World" in California Disneyland uses people, light and water to create a fairytale magical world. There are also world famous places like Wynn Macau and Las Vegas. The water curtain image has reflected in the world's first-class cities an unparalleled era of light and shadow.