Various musical fountain program-controlled fountains, and laser fountains have emerged endlessly and are changing. The scale can be large or small, and the range can be high or low. The water sprayed out is as big as a bead and as fine as a mist. It can be varied and fascinating. The fountain turns the still water into moving water, so that the water also has a soul. It is also supplemented by various lighting effects to make the water body rich and colorful. It can buffer and soften the "solidified buildings" and the hard ground in the city. In order to increase the vitality of the urban environment, it is beneficial to physical and mental health and can meet the needs of the visual arts. The artificial dynamic fountains in large city squares also come from all kinds of natural water states, such as waterfalls, stacked water, water curtains, overflows, streams, wall springs, etc. With the development of science and technology, various fountains are really renovated. It is almost endless, and it has almost reached the extent that people can create all kinds of crystal clear, colorful and dynamic waterscapes. The fountain has formed a unique cultural landscape in the contemporary era. 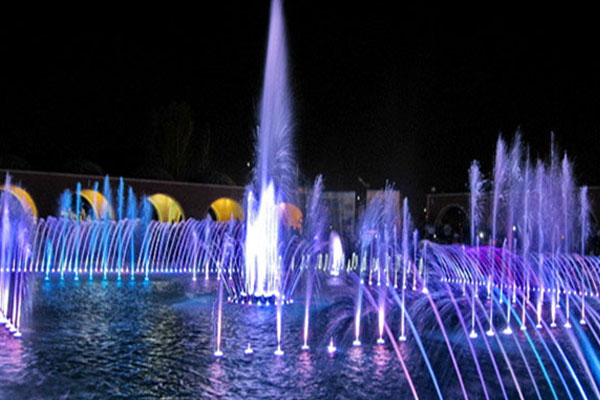 Fountains originated very early, and they were built in the Babylonian garden in the 6th century BC. In ancient Greece, the fountain of drinking water gradually developed into a decorative spring. There is a saying that the fountain originated from the method of fasting bathing water in Islamic countries. In Islamic gardens, fountains are either arranged along an axis or as the center of a partial composition. Fountain technology in the Renaissance period has greatly developed.

Fountains in this period are often combined with statues, column decorations, and pools to make landscapes. Famous fountains such as the famous "100 Fountains Trail" in the Italian villa of East and the fountain canal of Leinto. In the 7th to 18th centuries, fountains flourished in European cities. The famous fountain of the sun god, such as the Palace of Versailles in France, and the waterfall fountain with statues in Peter's Palace, Russia. Rome has more than 3,000 fountains, known as the Fountain City.

There are also some fountain sketches with deep meanings, such as the fountain of Yulian in Brussels. It depicts a child who is peeing intently. According to legend, the enemy forces will blow up the treasure hall in the city after occupying Brussels. Less than Lian found a burning fuse, and was anxious to spit out a piss on the fuse. The hero sacrificed violently. In recognition of his merit, the fountain was built in 1619. By the 20th century, the fountain developed into a large-scale water sculpture with various forms of water columns.

For example, a large fountain towering over the clouds on Lake Geneva, Geneva, was built in 1958. It uses two 1,360-horsepower water pumps to spray water to an altitude of 145 meters. At night, giant searchlights illuminate the silver water column straight into the night sky, the scenery is spectacular. The Normberg Castle fountain in London, England, 2.7 meters high, is composed of a beautifully shaped and irregularly shaped metal shell, with two water curved shapes sprayed on the edge of the shell. The bottom of the shell can be rotated and the pressure of the water spray can be adjusted to form a colorful water shape. A fountain in Seattle, USA, consists of two thick stainless steel elbows, and water is sprayed from many small nozzles installed along the pipe wall, causing a solid water column. Its water spray volume is controlled manually, which can form a sculptural water shape. 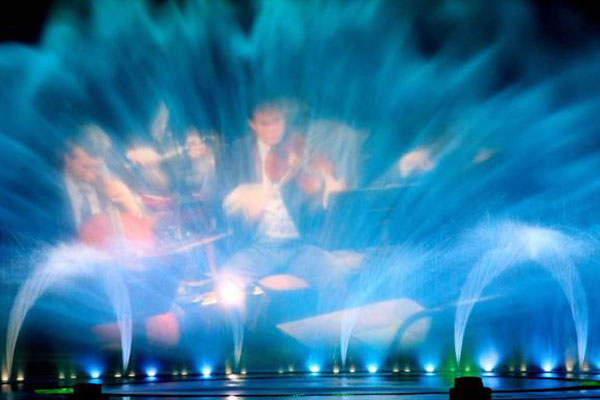 The application of modern technology has produced various self-controlled fountains. The "dancing fountains" in Japan and the "waltz dancing fountains" in the United States, under the illumination of colored lights, water flowers can dance to the melody of music. On the square of Paris, France, there is the famous "Agam" musical fountain, built in 1980, with 66 nozzles arranged in an "S" shape, spraying a water column of 1-15 meters high, which can perform Gershwin "Blue Rhapsody", Tchaikovsky's "Sorrowful Symphony", "Water Ballet" with Pepin and Arnold, and more than ten wonderful programs. With the change of music, the water column sometimes sings softly and sometimes stands tall, and there are bright sparkles between the colorful water columns. The sparks are sprayed by a special spark injection tube, intertwined with water splashes, and the landscape is wonderful. In Japan's hydrojet zoo, 6036 rotating sprinklers are installed in a 10-meter diameter pool. They can spray out wonderful scenes such as tiger and lion fights, eagle and antelope killings. Most of these fountains use computers to control water, light, sound, and color, so that the fountain art has entered a new era.

Chinese classical gardens adore nature, and strive to be elegant and quiet, and full of wild interest. In garden water management, the artistic reproduction of natural water state is emphasized. There are fewer applications for fountains that artificially cause dynamic water. "Hanshu · Dianshi" records: There are facilities in Hanshang Linyuan for "stimulating the river water, copper dragons spitting water, and copper fairy cups receiving underwater injection".

"Jia's Talks" records: "In the Tang Dynasty Huaqing Palace Imperial Tang Pond," there are two white stone lotuses, spring eyes poured from the mouth, sprayed on the white lotus. "" The Garden of Luoyang Famous Records "states that there is water in the Dong Garden. Some water features have been preserved to this day, such as the yellow dragon spitting water that was built in the Huanglong Cave of Hangzhou during the Chunyou Period of the Southern Song Dynasty (1241-1252). Western-style fountains were introduced to China in the 18th century. "Funny Fun", "Hai Yan Tang" and "Big Water Method". There are ten copper dogs in the central pool of "Big Water Method". ". In" Hai Yan Tang ", there are" Zodiac signs "wearing Luohan robes. Each zodiac can spray water to tell the time.

This is a manually-operated water-lifting machine, a dragon-tailed car twisting water. Rotate and rise to form high-level water, which is controlled by machinery. Every 12 hours (equivalent to two hours), water is sprayed from the zodiac in turn. At noon, the twelve zodiac signs spray water at the same time. In recent years, with the development of urban modernization, China has successively been in Beijing's Shuangxiu Garden, Tiantan Park, etc. Time-controlled fountains, colored sound-activated fountains, mobile fountains and microcomputer-controlled music fountains were built in the city square. 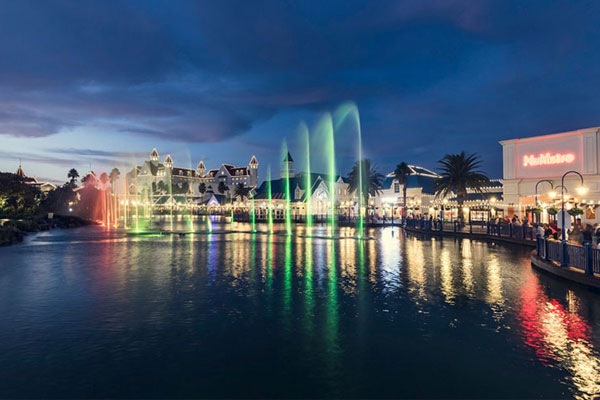