With the development of The Times and the improvement of the scientific and technological level, the fountain equipment of the city has been very advanced. Various music fountains, program-controlled fountains and laser fountains have emerged in endlessly and changed in many ways. The size may be big may be small, the range may be high may be low, spurts the water, big as the bead, thin as the mist, the variety is various, is fascinating. 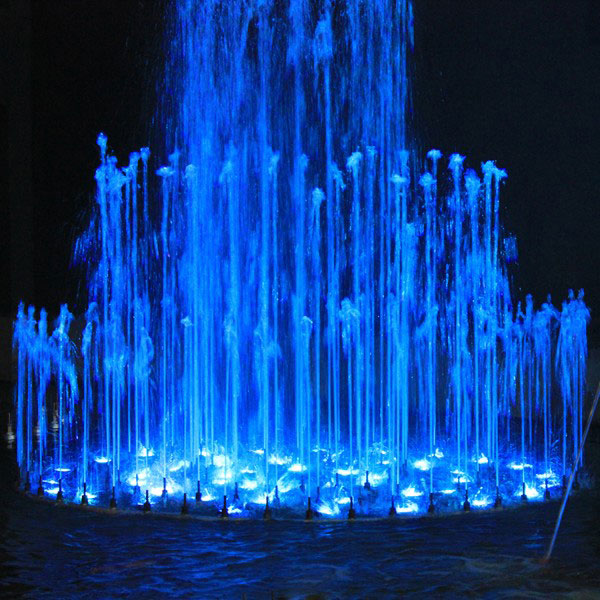 Introduction to the water fountain

The music fountain changes the still water into moving water and gives the water a soul. It is supplemented by various lighting effects to make the water body have a colorful shape, which can buffer and soften the "solidified buildings" and hard ground in the city, so as to increase the vitality of the urban environment, be beneficial to physical and mental health and meet the needs of visual art.

The artificial dynamic in a large city square music fountain, also all kinds of water from natural state, such as waterfalls, folding water, water, the overflow, streams, springs, etc., with the development and progress of science and technology, all kinds of fountain is newer, emerge in endlessly, almost people follow one's inclinations to create all kinds of crystal clear, colorful, dynamic water scene. Fountain in the current era has formed a unique cultural landscape. 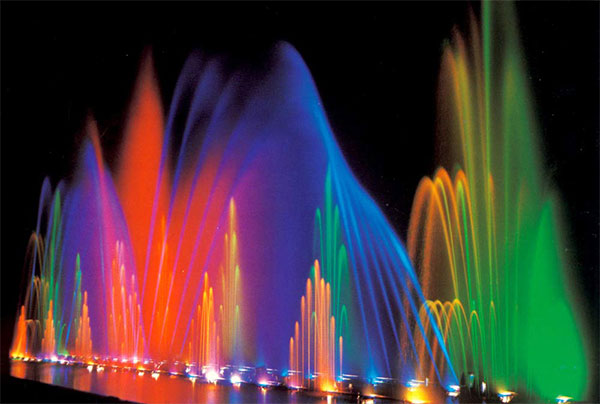 Chinese classical gardens advocate nature, strive to be elegant and quiet, rich in wild interest. The artistic representation of natural water state is emphasized in garden water management. There are few applications for fountains with artificial dynamic water."Han book · Dian office" records: in the hand Shanklin garden, there are "on the river, copper dragon spit water, copper immortal cup by underwater injection" facilities. According to records of the Jia family, "there were two white lotus flowers in the imperial tang pond of the qing palace of the Tang dynasty, in which a spring gushed out of the mouth of the jar and sprayed white lotus flowers".Luoyang famous garden records describes that water gushed from flowers in dong's western garden. Some of the waterscapes have been preserved till now, such as Huanglong Tushui, which was built in the period of shunning you in the southern song dynasty (1241-1252) in Huanglong cave, Hangzhou. 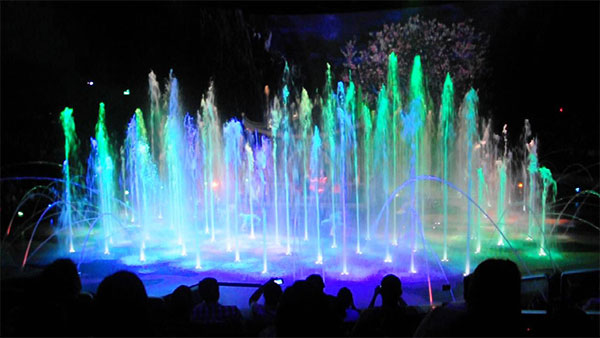 In the 18th century, western style fountains were introduced into China. In 1747, Emperor Qianlong of the Qing dynasty built three fountains in the Xiyanglou of the old Summer Palace, namely, "harmonious and fantastic interest", "hai yan tang" and "great water law".In the central pool of the "great water method", there are ten bronze dogs, shooting rapids in their mouths, pointing directly at the bronze deer, which is called "hunting dogs chasing deer".

In Haiyan Teng, there is an image of the "twelve zodiac animals" wearing an arhat robe. Each zodiac animal can spray water to tell the time. By the artificial control of water mechanical ─ ─ beaten car twisted rotating water rise, high water formation, controlled by mechanical, every other hour (2 hours) by the Chinese zodiac, in turn, water spray, to at noon, twelve zodiac spray water at the same time. 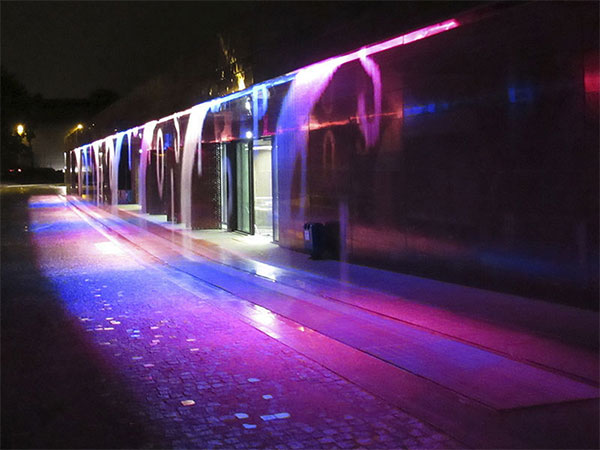 Fountains have a long history. Fountains were built in the hanging gardens of Babylon in the 6th century BC. Ancient Greece has been drinking water from the spring gradually developed into decorative springs. One theory is that the fountain originated in the Islamic countries of fasting bath water supply methods. In Islamic gardens, fountains are placed either along axes or as the center of a local composition. Renaissance fountain technology has a great development, this period of the fountain and statues, column ornaments, pools and other combined landscape.

Famous fountains such as Italy east villa famous "100 springs trail" and renter fountain canal. Fountains flourished in European cities from the 7th to 18th centuries. Famous such as France Versailles palace of the sun god fountain, Russia's Peter palace with a group of carved waterfall fountain. Rome has more than 3000 fountains, known as the fountain city. 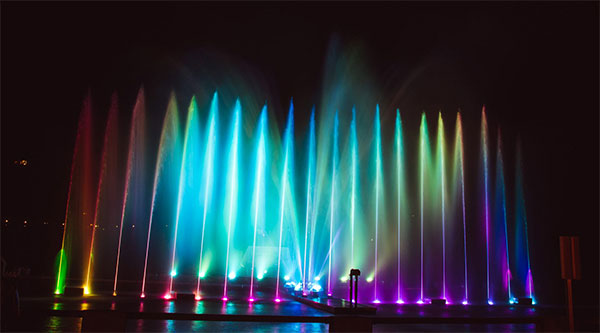 There are also some allegorical fountain sketches, such as the yuan fountain in Brussels. It depicts a child who is peeing attentively. It is said that after the enemy occupation of Brussels, they will blow up the treasure museum in the city. Treasure house saved, but the little hero heroic sacrifice. In recognition of his work, the fountain was built in 1619. By the 20th century, the fountain had developed into a large water sculpture, with columns of water forming various forms. For example, the giant fountain rising above the clouds on lake Lemmon in Geneva, built in 1958, USES two 1,360 horsepower pumps to spray water 145 meters into the air. 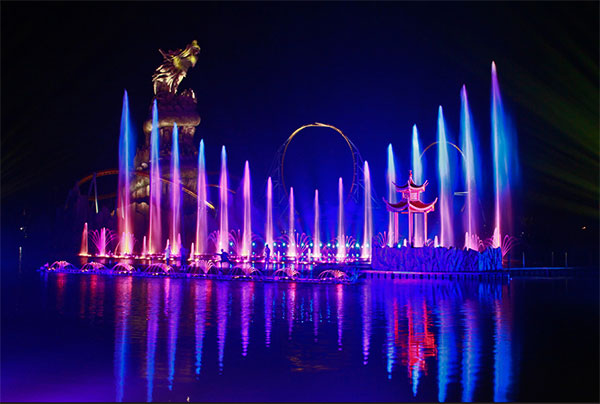 At night, giant searchlights illuminate silver columns of water that streak across the night sky. The fountain at Noomgarburg in London, UK, 2.7 meters high, is composed of a beautiful and irregular metal shell, which sprays two curved shapes of water at the edge of the shell. The bottom of the shell can be rotated and the pressure of water spraying can be adjusted to form a colorful water shape.A fountain in Seattle, the United States, consists of two thick stainless steel elbow pipe, water along the wall of the installation of many small nozzles ejected, resulting in the feeling of a solid water column. The amount of water is controlled by hand, which can form a sculptural water shape. 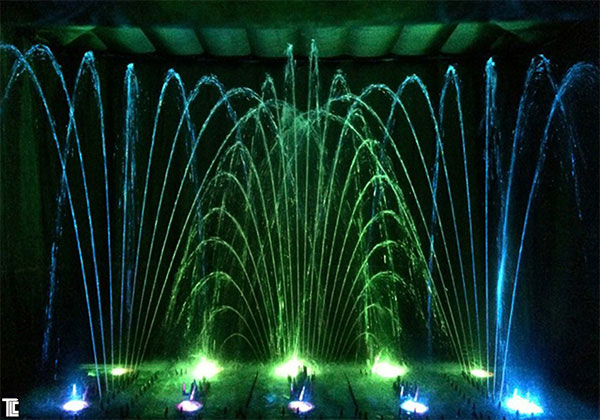 The application of modern technology has produced a variety of automatic fountain. The "dancing fountain" in Japan and the "waltz fountain" in the United States can dance to the rhythm of music under the illumination of colored lights. Of Paris, France, Germany, the square, is the famous "Garm" music fountain, built in 1980, 66 heads into the "S" shape layout, water column 1-15 meters high, can perform Gershwin's "Rhapsody in blue, Tchaikovsky's" Pathetique symphony, Palin Penn and ALe and cooperation "water ballet dance" and so on more than ten. With the change of music, the water column sometimes sings and dances quietly, sometimes stands tall and straight, and is equipped with bright and dazzling sparks between the colorful water column. The spark is ejected by the special spark jet pipe, and the water flower interweaves together, the landscape is wonderful. Japan's hydro jet zoo has 6,036 rotating nozzles in a 10-meter diameter pool. They can spray out tigers and lions fight, eagles and antelope fight and other wonderful scenes. These fountains are the use of computer control of water, light, sound, color, fountain art into a new era. 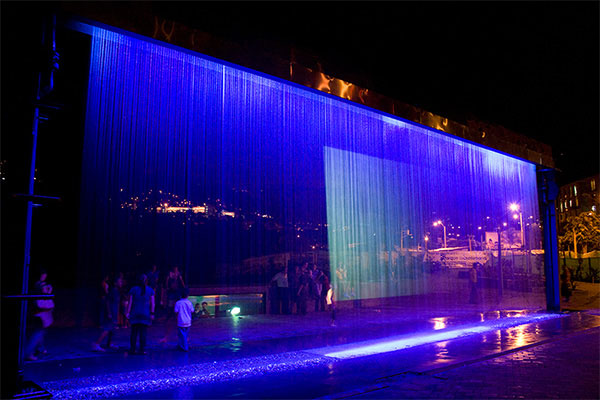 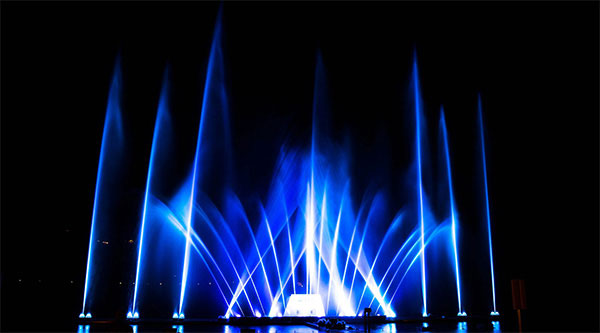 Representative works include music fountain of Qingdao world garden fair. The large-scale water dance show is one of the core landscape of the whole world garden fair, and the design theme is "water garden".The secret of the water dance show lies in the hundreds of fountains under the lake. The fountains are installed on a steel platform 120 meters long and 90 meters wide, about 38 meters from the main viewing area. The platform can float up and down to form a stage for a water dance performance. Water dance show is an art combining water and science and technology. With the passionate or soothing music, the water column weaves a variety of wonderful patterns, up to more than 80 meters high.