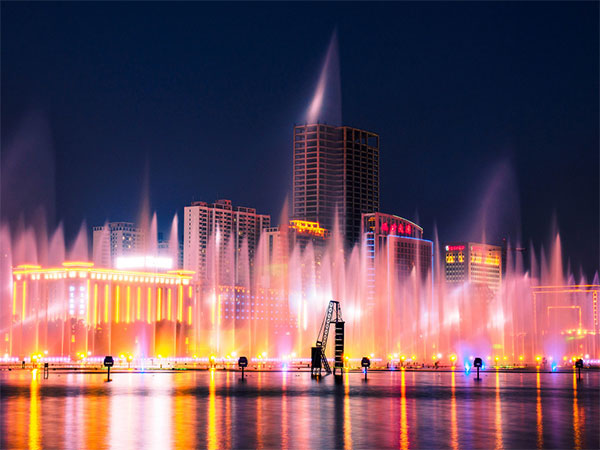 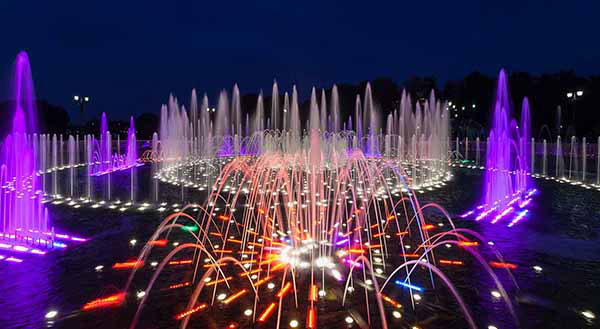 Fountain flower as the main design elements with a variety of nozzles 5,698, underwater lights 22116, fountain pump 1407, all equipment by 10 computer systems controlled through a multistage interconnection network control technology, bursting out with beautiful lines. The sound of music, and road spray water from the Lake, the highest up to 180 m. suddenly, lights, water screen, and music are intertwined, before it embarked on a dream-like world. within 30 minutes, with 10 such as the Qinghai-Tibet plateau, or national, or classical melodies, countless fountains dancing, is changing rapidly. Combinations or as a curtain of water curtain Peony in bloom or blooming, like a Peacock’s tail, or imitation Jinpeng wings, into the sky, changing out of a group of very beautiful dynamic styling … … Water changes so dizzyingly. Taste of water, it is refreshing, the rhythm of the water was so captivating.

Also known as: Sea World beautiful mountains, Shekou, Nanshan District, Shenzhen City, is located in the East Sea height, around the world of Fountain Square, is made up of investment real estate in 2013 to invest 30 million building, Shenzhen region is the largest, most dazzling panoramic view of open water, is a combination of music, lights and Fireworks dreamy “water dance”, a photoelectric audio-visual feast.

According to understand, by in the section waterscape design and implementation “Sea World” Music Fountain project programme, is investment real estate Corporation in its organization of international waterscape design race among, on multiple both at home and abroad programme for more round selection competition of WINS programme! it is Shenzhen scale maximum, and 360 degrees panorama perspective of integrated hills performances, hills design inspiration source Yu two aspects: a is a double fish spirit, main used has sea world c district double fish seat of building in water in the of projection. An imaginary entity PISCES PISCES echoed false true, illusion and infinity. Second, sea waves, with curves to represent boat routes, on both sides of the circle symbolizes the great ship at sea wind and waves, sparking waves countless. 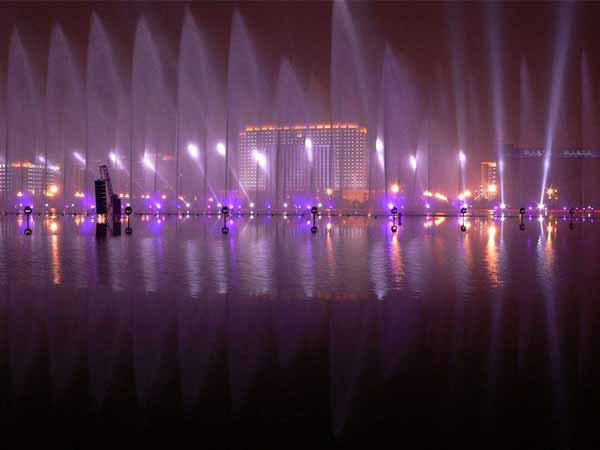 Music Expo in Qingdao, is China’s largest musical fountain, mince, liking district is located in the mountain forest park in Tin Shui Wai in the Lake, a large dancing water show is one of the Expo as a whole landscape of Central Park, dancing water show the secret lies in the hundreds of fountains under the Lake. These fountains are installed in a 120 m long, 90 m wide steel structure platform, the platform can float up and down lift, water dance stage. Dancing water show water is a combination of technology and art, along with heated or soothing music, water weaves a variety of wonderful designs, up to more than 80 square meters.