The water curtain musical fountain laser performance system shoots the laser beam emitted by the laser on the water film sprayed by the water curtain nozzle. The laser beam is programmed and controlled by the laser control system, which can emit a variety of patterns and colors, and illuminate the crystal clear water film On the formation of colorful and amazing effects. The water screen movie appeared in the 1980s, and it is only internationally owned in major cities such as France and Japan. Water curtain movies are played by special projectors, and the films used are specially made for water curtain movies.

Since the screen of the movie is a transparent water film, there will be a special optical effect during movie playback. The visual penetration of the screen can make the picture have a three-dimensional feeling. There is an immersive fantasy feeling. When the audience is watching the movie, the fan-shaped water curtain is integrated with the natural night sky. When the characters enter and leave the screen, it seems that the characters take off and take off into the sky or fall from the sky, creating a sense of nothingness and fantasy, which is fascinating. 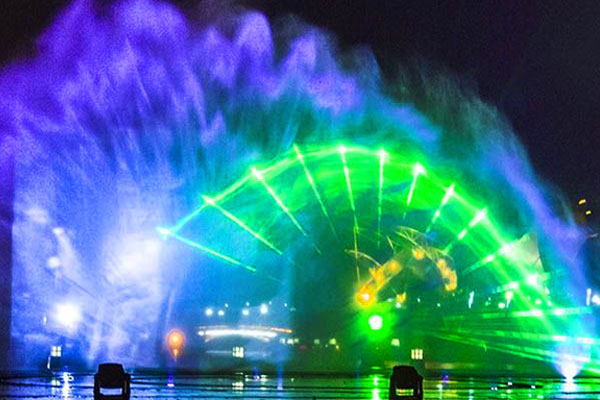 The laser system introduces the most advanced German technology in the world today. Its main advantages are that it can be continuously expanded and updated, the projection color is bright, and the pattern outline is clear; it can be flexibly programmed, easy to operate, and can also be operated in different places. It saves electricity and invests less. The laser demonstrator is mainly composed of a laser, a laser projector and a computer controller. Under the control of a computer program, a color laser beam is projected onto a water curtain through a color synthesizer and laser projector to show people a variety of special light speed effects, refined The graphics, paintings, performances, and graphics processing are completely in accordance with the user's requirements, and can be designed in real time by computer software. 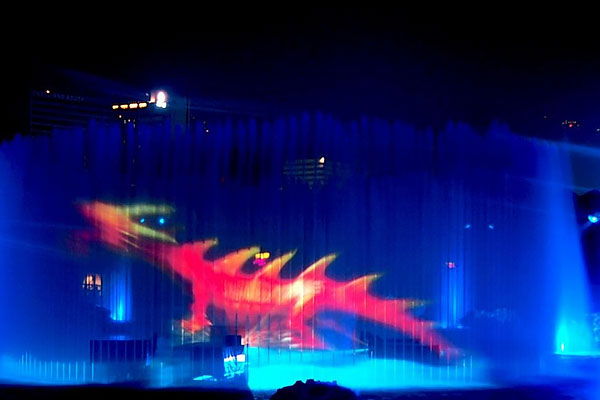 With the rapid development of science and technology, many industries have developed by leaps and bounds. The fountain has a history of more than 20 years in China, and it has become more and more mature. Many unexpected aesthetic effects have made the world stunned. The water curtain function of the fountain has gradually become involved in other industries, and advertising is one of them.

In fact, the fountain as a new form of advertising is still expanded by pool water curtain. The water body flows along a special line. Because the water hole is thin, the pool water curtain that looks like water when flowing down constitutes a silent shimmering water curtain. Later, with the continuous updating of the technology and equipment of the fountain industry, a digital water curtain was produced. It is composed of flowing water. The water wall flowing under the precise control of the computer can display various patterns and text information styles. And the products can be displayed in front of customers and tourists through pool water curtain, most of which are concentrated in large shopping malls or hotels and important city squares.

Of course, in addition to its good advertising effect, it is also an important part of urban night landscape lighting. It is planned to set up a fountain laser show system in some important nighttime landscape nodes and urban portal areas, so as to meet the requirements of urban landscape lighting and meet the requirements of outdoor advertising, high-end, atmospheric and high-grade. It is believed that in the near future, with the gradual maturity of the fountain industry technology, the "water fountain body" will become the new darling of the advertising industry. 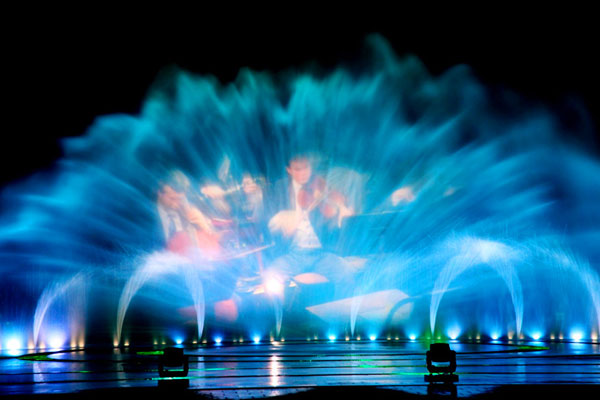