Among them, the music fountain system has become an important part of the urban landscape construction with the unique effect of combining sound, light, water and color. At present, many squares or parks in large, medium and small cities are designed with musical fountains. Various fountains, colorful lights and beautiful music form a pleasant night scene that attracts people, making the musical fountain system increasingly popularized and applied.

The general music fountain system is mainly composed of audio control system, fountain control system and lighting control system. As the core brain of the whole system, it is the control system, which is usually composed of fountain controller, frequency converter, water pump, multi-function valve, universal nozzle and water supply pipe network. The fountain water pump has adopted frequency conversion speed regulation technology to realize the stepless regulation of the water pump. The speed of the water pump can be adjusted at any time according to the strength of the audio signal. The multi-function valve and the universal nozzle are controlled by the fountain special controller, which can realize various patterns and shapes according to the set program.

What are the components of the music fountain control system?

Due to the rapid and beautiful development of the city, the decoration of the city is not only limited to sculptures, but also includes musical fountains. So, what do you know about musical fountains? It doesn't matter if you only have seen it but can't tell it. Next, Shijiazhuang Lanting Garden Engineering Co., Ltd. will come to talk to everyone about the music fountain.

Musical fountain is a fountain that can be used for entertainment. It is designed according to aesthetics and often produces three-dimensional effects. In this process, the water flow is scattered and refracted under manipulation, and then a three-dimensional image is produced.

The musical performance fountain is based on the program-controlled fountain, adding a musical fountain control system (this control system will be described in detail below, but it will not be described here). The computer decodes and encodes the audio and MIDI signals, and then outputs the signals to the control system to synchronize the changes in the shape and lighting of the fountain with the music, so as to achieve a complete combination of the changes in the water type, light color and musical emotion of the fountain. The performance is more vivid and rich in content, reflecting the art of water.

The components of the music fountain control system include:

(3) A storage unit that stores the remote audio signal received by the Bluetooth module;

(5) The keyboard module used to control the current playing sequence of the music fountain background music through local operation;

(6) Inverter, used to output three-phase voltage that controls the motor speed of the musical fountain to change the height of the fountain's water column;

(8) The control module is connected to the Bluetooth module, storage unit, GSM module, keyboard module, inverter, local audio interface and display module, and is used to control the three-phase voltage output by the inverter according to the local audio input or remote audio signal.

The working principle of the music fountain control system: the software uses the physical waveform of the music file to divide it into several music fragments, with an accuracy of up to 10 milliseconds, and automatically recognizes the basic emotional characteristics of the music, such as shock, desire, lyricism, excitement, sadness, Happiness, enthusiasm, etc., and convert them into control signals. After synchronization, they are output to a specific external control unit through a signal output card. That is, according to the water configuration rules, the submersible pumps, solenoid valves, underwater lights, frequency converters and other actuators are controlled to combine vision and hearing.

In short, the music fountain changes with the music, adding a magnificent visual and auditory feast to the people in the city at night, and it is a rather romantic and leisurely entertainment project in the fast-paced city life at night.

With the rapid development of the large-scale musical fountain industry, people's requirements for the electrical control technology of the fountain are constantly increasing. In this situation, how to reasonably select high-tech control systems and control methods to improve the effect of the entire large-scale musical fountain And quality has become a problem that everyone in the industry needs to face and solve. 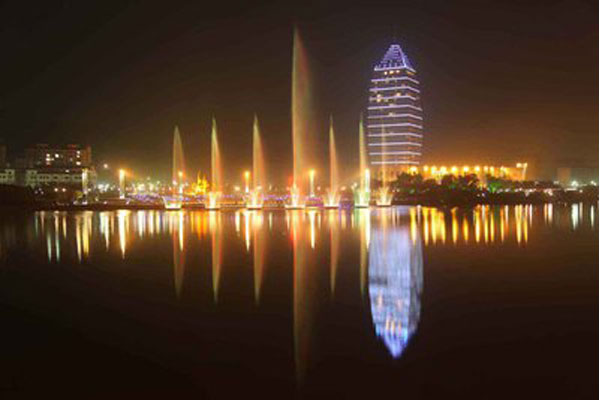 2. Fieldbus control system. Fieldbus is a serial numerical communication link, which communicates the connection between the basic control equipment of the fountain and the superior control equipment. Fieldbus has the following advantages: One transmission line can control more The more simple equipment makes the control system simpler, which shortens the period of project construction, and makes installation and maintenance easier; adopts digital communication technology, which has strong anti-interference and high precision; the control effect is separated to the fountain site, which improves the electronic control system Reliability and flexibility. 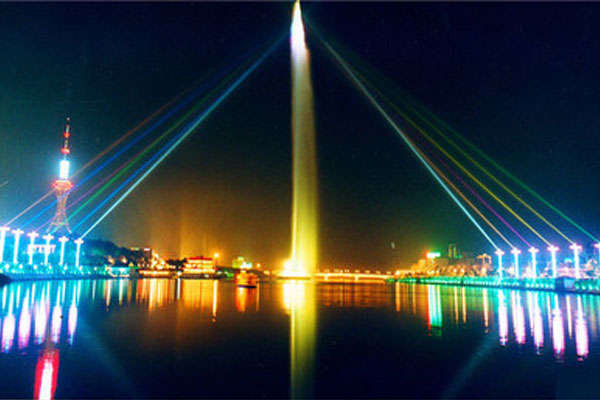