GRAND HAVEN, MI – The Grand Haven Musical Fountain description– once the largest in the world – is showing off its dancing lights and water for the 57th year.

The musical fountain , a synchronized water and light show to music, debuted in 1963 and has dazzled and delighted residents and visitors of all ages at nightly summer shows ever since.

This week, a $150,000 sound system upgrade was unveiled. It’s the latest in a list of enhancements in the past five years. 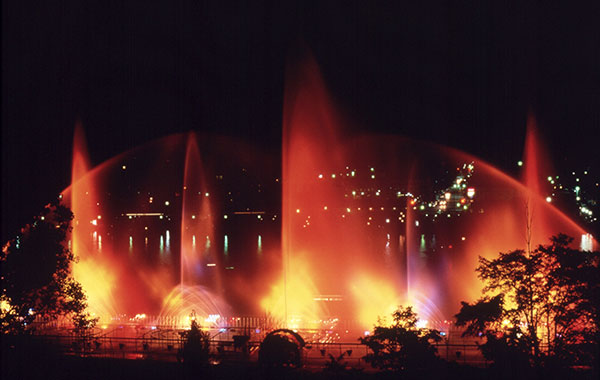 It can take up to 10 hours to choreograph the fountain and lights to one three-minute song. There is an average of 1,500 commands per song with some songs having as many as 6,000 lighting and water commands. Some of the themed shows contain as many as 17,000 water and lighting commands over a 25-minute program, according to the website.

The fountains original shows were quite simple, featuring about 300 lighting and water changes throughout an entire performance.

In 2017, the fountain’s water formations were upgraded to include a helix and wave shapes, in addition to its two original features -- back and forth sweeps and up and down movements.

The lighting units were replaced in 2015. They are capable of special effects such as color fading, strobing and twinkles.

The fountain was designed in 1962 by local engineer William Morris Booth II and former Grand Haven Mayor Bill Creason. The cost was $250,000.