This technology uses a variety of scientific principles such as hydraulics, optics, and acoustics, combined with a variety of modern scientific systems to create a three-dimensional, dynamic communication medium. Compared with the old-fashioned movie screening mode, its dynamic and lifelike art form and its varied and gorgeous presentation modes are widely appreciated by the audience.

The water curtain laser show system is to shoot the laser beam emitted by the laser on the water film sprayed by the water curtain nozzle. The laser beam is programmed and controlled by the laser control system, which can emit a variety of patterns and colors to illuminate the crystal clear water film On top, it forms a dazzling and singular effect. Water curtain movies appeared in the 1980s, and they are only available in large cities in several countries such as France and Japan. Water curtain movies are played using a special projector, and the films used are also specially made for water curtain movies. Because the screen of the movie is a transparent water film, there will be a special optical effect when the movie is played. The visual penetration of the screen can make the picture have a three-dimensional feeling. The content of the movie can be ingeniously combined with the water surface. There is an immersive fantasy feeling. The dsss water curtain movie uses a high-pressure water pump and a special water curtain generator to spray water from top to bottom at high speed. After atomization, a fan-shaped "screen" is formed. A special video tape is projected on the "screen" by a dedicated projector. Form a water curtain movie. When the audience is watching the movie, the fan-shaped water curtain merges with the natural night sky. When the characters enter and exit the screen, it seems that the characters take off to the sky or descend from the sky, creating a sense of emptiness and dreaminess, which is fascinating.

Laser system introduces the most advanced German technology in the world today. Its main advantage is that it can continuously expand and update, the projection color is bright, the pattern outline is clear; it can be flexibly programmed, easy to operate, and can be operated in remote locations. Both power saving and low investment. The laser demonstrator mainly consists of a laser, a laser projector and a computer controller. Under the control of the computer program, the color laser beam is projected onto the water curtain through the color synthesizer and the laser projector to show people various special light speed effects, refined The graphic and text drawing, performance program and graphic processing are completely in accordance with the requirements of users, and can be designed in advance by computer software. 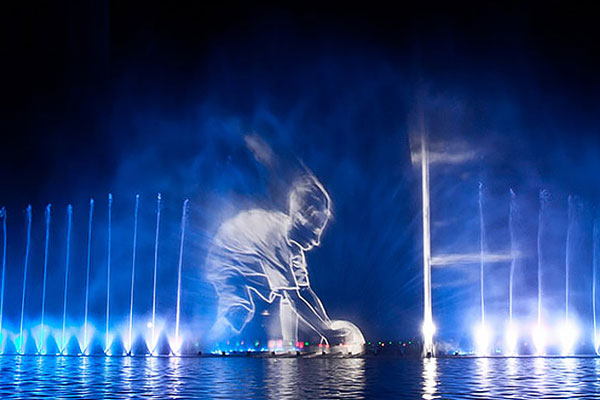 Water screen movie is mainly composed of water screen generator and projector (playback machine). The water curtain is more than 20 meters high and 30-50 meters wide. Various VCD discs or special water curtain movies can be played on the water curtain. The film and television effects are peculiar, novel and an excellent advertising tool. Water curtain film can be installed on open water.

There are five colors of sprinklers available in red, yellow, blue, green and purple, which can produce a clear water stream without vibration, which looks like a 6-12 meters long glass rod-shaped water jet with a diameter of 14-22mm. Using a low-voltage built-in high-intensity light source, the light source follows the water flow, and the entire water column glows at night, like an optical fiber, the light leaks with the water, it is spectacular! Wherever the water flows, they are dressed up in splendid colors. 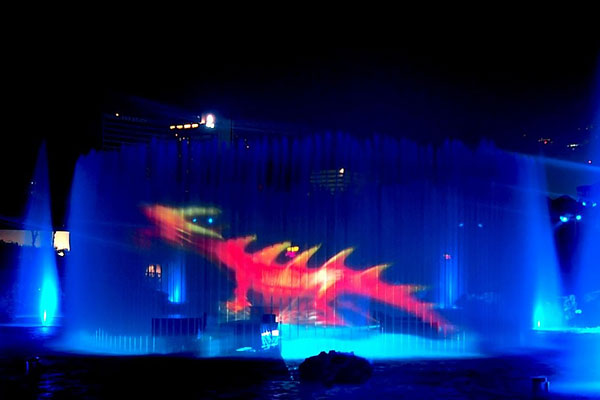 Movies are not unfamiliar to people. After three-dimensional movies and panoramic movies, the most lively and refreshing movie industry today is laser water curtain movies. It projects a laser movie on a specially-made large water curtain. The content is fresh and exciting, the laser is unpredictable, and the novel and elegant mood is indeed fascinating.

Laser water screen movie advertisements are more attractive to customers than traditional advertisements. It has bright colors, clear pictures, and visible far away. The light beam can add to the night sky of the city. It can change content and announce the latest news according to customer requirements; it is also strong to take turns to demonstrate advertisements from different businesses. In terms of form, it can combine dynamic and static, alternate fast and slow, loud sound, and rich in pictures. With new, special and strange effects, it will leave a strong impression on the audience. It is a very ideal advertising method. 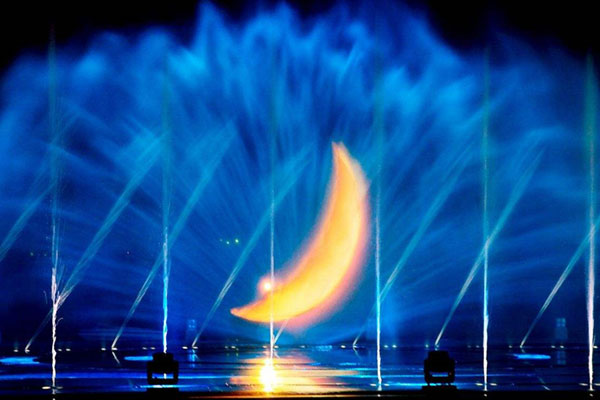