There are large-scale lake musical fountain ,sea fountains, square fountains, and small fountains in various places. There are also many miniature indoor fountains, which are diverse and diverse. There are more than 100 types of water, such as stacked water, running spring, peacock opening screen, inner arch, etc., but these are not the focus of this article. The fountain system usually consists of the movement of water in the water system. There are music fountains and program-controlled fountains in terms of control methods. Fountain equipment consists of pipes, sprinklers, pumps, lanterns, control cabinets, cables, and sometimes computers, audio, audio power amplifiers, etc. Some large fountains also have lasers and computer lights. Therefore, the lantern is an important auxiliary component in the water performance of the fountain. Especially in the outdoor water performance at night, the lantern has added the expressive power of the fountain. The performance without the lantern is like the performance without the light The stage is the same, it is dark.

In the development of fountain systems, lanterns have gone through several different historical stages. 1) When domestic fountains just started, there was no uniform underwater light, so the method of incandescent lamp in waterproof lamp housing was used to deal with it. 2) Later, the Phar38 lamp from the Dutch Philip company was gradually introduced. The Phar38 lamp complies with European standards. After domestic production, it is driven by 220V AC voltage. The bulbs are white incandescent lamps. The lamp housing is made of glass, and the color is changed by coating the transparent glass surface with colored paint. Generally there are red, white, green, blue, yellow, etc., with a water type is usually a string or several strings of the same color lights in parallel. Of course, there are other light sources such as high-pressure sodium lamps, low-pressure sodium lamps, high-pressure mercury lamps, etc. These are high-voltage AC lamps with low luminous efficiency and high heat generation, glass products, fragile, especially when used underwater, and glass products generate heat It suddenly cools down when encountering water, and often cracks and bursts. 3) With the rise of LED point light sources, colleagues in the industry set out to solve the problem of fountain lighting using LED point light sources. LED point light source has high luminous efficiency, low heat generation, pure color, high color rendering index, long life, energy saving and environmental protection. However, early LED lamp beads were very expensive. In order to reduce production costs and be compatible with the original high-voltage lamp system, most of them used RC voltage division to reduce the voltage and directly drive the LED lamp beads. LED lamp beads are illuminated by the semiconductor PN junction, which is very sensitive to the forward voltage on the PN junction. Therefore, the RC voltage division method without a voltage stabilization system will often burn the entire string, and this lighting control method has not been generally accepted by users. . And because the high pressure directly enters the pool, it is easy to damage the LED light equipment, which is also very unsafe for operation and maintenance personnel. 4) LED luminous lamps are a product with good application prospects. Major manufacturers around the world are racing to invest a lot of capital and technical strength for scientific research. The quality of products has been continuously improved, and the unit price of lamp beads has plummeted. Point light sources, the luminous efficiency is much higher than ordinary incandescent lamps and cold cathode ray tube energy-saving lamps, and even higher than the high-frequency induction lamps currently being promoted abroad. The theoretical life is up to 100,000 hours. In practical applications, under reasonable environmental conditions, it can basically reach 30,000 to 50,000 hours. Therefore, most fountain companies currently use low-voltage LED lights as underwater lights. Following the traditional method, the LED underwater lights are connected in a string, and the opening and closing are directly controlled by an electric control cabinet. Low-voltage LED lamps can be used as AC lamps or DC lamps, but in any case, low-voltage is still safe to use. If you use a high-power switching power supply or other DC power supply with voltage regulation function, it can also protect the LED underwater light well. Due to the reduction in the price of LED lamp beads, this method has no suspense in replacing the traditional high-voltage lamp method. However, this method is only an improvement of the lighting equipment. It has not changed the way the fountain performs. The lighting is still a traditional lifeless change. 5) The rise of digital lights. At this stage, the digital control technology is further developed in fountain applications. The fountain underwater lights transformed with digital control technology have entered the stage of promotion and application. 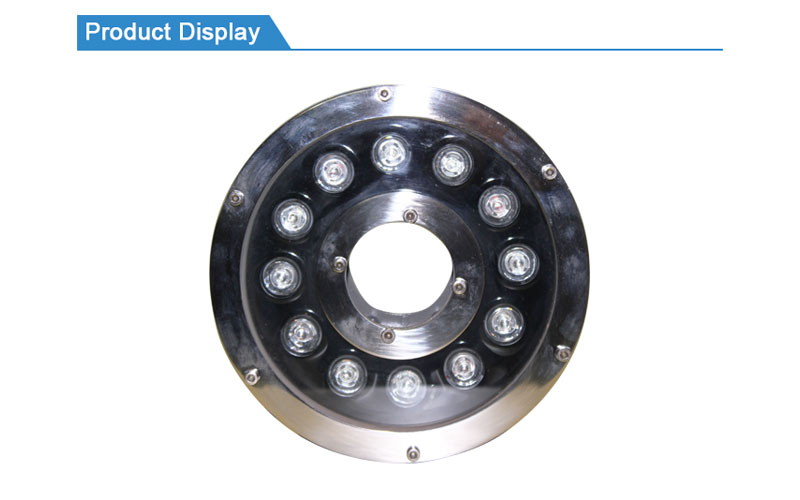 Digital lights, The so-called digital light is different from traditional lights in that digital control technology is used to achieve lighting control. It is also commonly known as computer lights, such as 8-channel or 18-channel computer lights commonly used on the stage, which belong to the category of digital lights. The reason is that the various behaviors of digital lights can be controlled through digital communication methods, which enriches the content of light performances, and makes the simple way of changing colors just by switching the on and off of different lights into a simple way. The single light control, which can make the lights move, is similar to the stage performance. The introduction of this type of light performance in the fountain has revolutionized the traditional fountain light performance. In summary, there are many characteristics in control: 1) Single light control can be performed, and each light is used as a control point and can be adjusted independently. 2) Have the ability to control the color of the light. Generally composed of three primary colors, the color of the light can be changed, and in particular, the gradual control of various colors can be realized. 3) The brightness of the light can be adjusted. 4) The lighting angle and direction of the lamp can be changed, and the changing speed can be controlled at will. These are also the basic requirements for most computer lights.

What needs to be emphasized is that the digital lamps for fountains produced by the close combination of computer light control technology with LED lamp manufacturing technology and fountain control technology, represent the future development direction in terms of the cost of the fountain application and the control method. . First of all, he is an LED light for underwater applications, which has good waterproof performance. Secondly, he uses a communication control method to control the brightness and color synthesis scheme of the three primary color LED lights, which can meet the needs of various color changes. In the middle, the light performance can be performed according to the rhythm of the music, and synchronized with the performance of the water type, to achieve the performance of stage lighting. 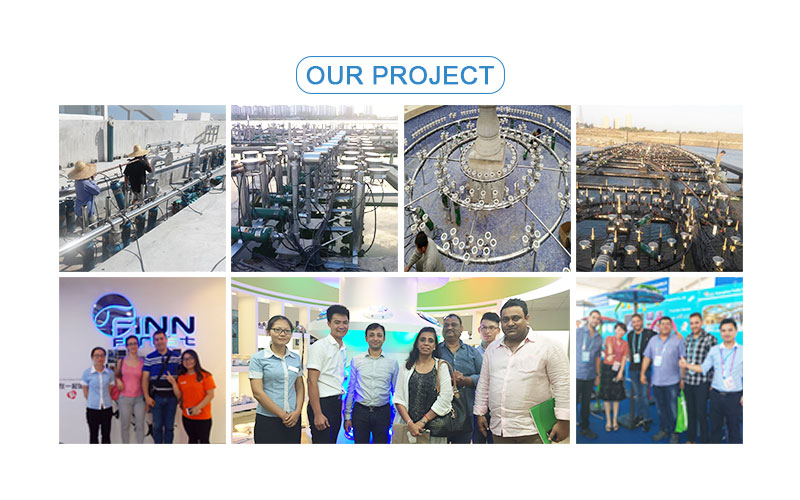 Incidentally, the problem of laser lighting in fountains. Lasers have been used in fountains for a long time. About a decade ago, when the quality of domestic laser generators was not high enough, imported lasers were used in fountains. For cost reasons, they were only used in large musical fountains. . The laser is first to perform a laser show on the water curtain. This is a part of the musical fountain. The laser show becomes the protagonist, and other water types become the supporting role of the laser show. The focus of this article is not on the laser water curtain performance, but the use of optical fiber for fountain lighting. The optical fiber specifically used for illumination will be partially outside the table, so that part of the light will pass through to achieve the purpose of lighting. There are two types of optical fibers: one is a glass product and the other is a plastic product. Glass fiber is relatively thin, and is widely used in water curtains. It is used as both a water diversion device and a slim lighting strip. Plastic optical fiber is used for the lighting of water scenes, but in music fountain lighting, plastic fiber is rarely used as the main lighting. Because of its poor real-time performance, insufficient illumination, no primary and secondary distribution of illumination, too few changes, etc. It is used more in the conception of the situation.

Digital light control,The most widely used digital LED underwater lights are dimmable three-channel LED lights, which are usually driven by a 24V DC power supply. Each of the three channels represents a color, and the mixing ratio of the three colors can be adjusted at the same time. Like stage lighting, most use DMX512 communication protocol for control, or field bus network structure for control.

A networked lighting control system based on the TCP / IP protocol, which can achieve two-way transmission, status reporting, remote control, resource sharing, etc., has many functions, and many manufacturers are doing things in this regard. Fountain control cabinets and fountain pools are separated by several hundred meters in most cases. There are two types of network transmission methods. 1) Coaxial cable or unshielded twisted pair electrical signal transmission methods. The distance is too close, and generally cannot meet the fountain field communication requirements. Moreover, in places where a large number of motors are used, interference is serious, and underwater communication is not easy; 2) It is unrealistic to use optical fiber communication methods, and it is necessary to place the optical transceiver underwater. Therefore, network communication can only be used between the main control computer and the electrical control cabinet, and it is unlikely to be used for on-site underwater equipment.

DMX512 signal transmission adopts balanced transmission differential mode signal method, which can effectively suppress interference. Because the interference signal is generally added to the positive and negative ends of the signal after the differential amplifier. The common-mode signals are canceled each other, and the interference signals are filtered out, which effectively improves the anti-interference ability of the system. The electrical interface standard of DMX512 signal is EIA-485.

The DMX512 signal transmission rate is 250kb / S. The connection between the devices is in the form of a daisy chain. Each device has a physical address. A DMX512 output port can control 512 control channels. The transmission distance of the DMX512 signal is using a standard cable. In the case of about 300 meters. The biggest disadvantage of DMX512 communication is that there is no parity bit and two-way handshake communication cannot be realized. In order to ensure the reliability of the communication, the system uses the method of continuously resending data frames to prevent communication errors from occurring.

There are two ways to connect DMX512 lights: parallel connection and serial connection. Parallel connection means that all DMX devices are connected to the DMX512 bus. The advantage is that the damage of a device does not affect its operation, but the address of each device is different. Due to the influence of the fan-out system driven by electrical signals, press EIA -485 standard, each bus can take 32 devices, even if using 1/8 unit control technology such as Maxim's, the theoretical upper load limit of each bus is 256 devices. 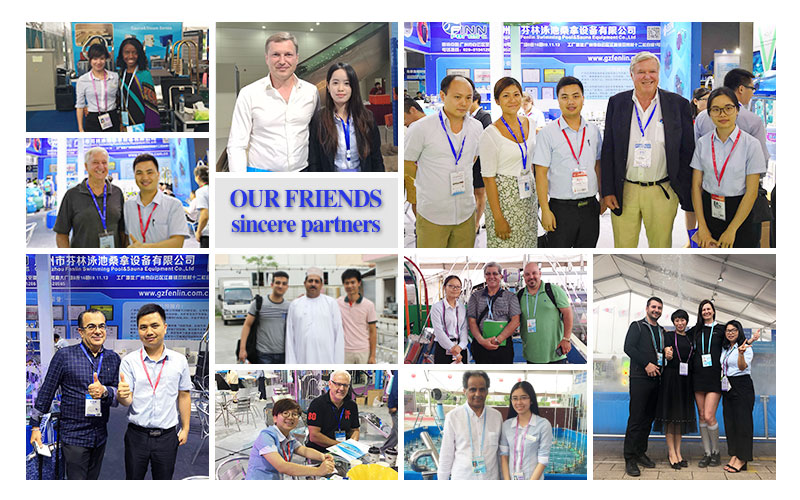