The special videotape is projected on the "screen" by the special projector to form a water screen projection decorative water musical fountain .When the audience is watching the movie, the fan-shaped water curtain is integrated with the natural night sky. When the characters come in and out of the picture, it seems that the characters fly to the sky or fall from the sky, creating a kind of illusion and dreamlike feeling, which is fascinating. The water curtain movie projector is composed of mechanical device, control bracket, communication port, software, time signal interface and DMX512 interface. The maximum height of water curtain is more than 20 meters, the width is 30-50 meters, the best distance of water curtain projection is 80 meters, and the viewing distance is 100-150 meters. The engine of the projector is controlled by optical sensor with high precision. There are three control methods: programming control, direct control and practical program control. All kinds of VCD discs or special films for water curtain can be played on the water curtain. The film and television effect is unique and novel, and it is an excellent advertising tool. Water curtain films can be installed in various squares and wide water surface.

The water screen projection decorative water fountain is a kind of film and image which is projected on the water screen by laser. It is composed of a laser system and a water-screen system. This technology is a kind of three-dimensional and dynamic media, which is based on many kinds of scientific principles such as hydraulics, optics, acoustics and many kinds of modern scientific systems. Compared with the old film projection mode, its dynamic and lifelike art form and changeable and gorgeous presentation mode are widely appreciated by the audience. 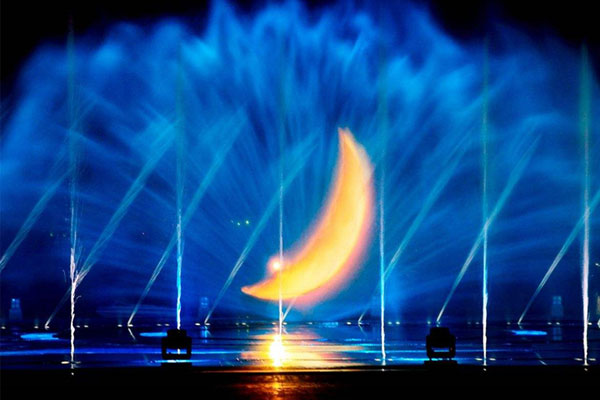 The water screen projection decorative water fountain performance system shoots the laser beam on the water film emitted by the water curtain nozzle. The laser beam is programmed and controlled by the laser control system, which can emit a variety of patterns and colors, and irradiate on the crystal clear water film, forming a colorful and strange effect. The water screen projection decorative water fountain appeared in the 1980s, Internationally, it is only owned by big cities in France, Japan and other countries. The water screen film is played by a special camera, and the film used is also a special film for the water screen film. Because the screen of the movie is a transparent water film, there will be a special optical effect when the movie is played. The visual penetration of the screen can make the picture have a three-dimensional feeling. The content of the movie can be cleverly combined with the water surface, and it has a kind of immersive fantasy feeling. DSSS water curtain film is a fan-shaped "screen" formed by the high-pressure water pump and special water curtain generator, which ejects water from top to bottom at high speed and atomizes it. The special videotape is projected on the "screen" by the special projector to form a water curtain film. When the audience is watching the movie, the fan-shaped water curtain is integrated with the natural night sky. When the characters come in and out of the picture, it seems that the characters fly to the sky or fall from the sky, creating a kind of illusion and dreamlike feeling, which is fascinating. With the superpower sound effect, the unpredictable laser beam, like a mirage, makes the audience close to the scene feel the mysterious Wonderland.

Introduction to the laser system

The water screen projection decorative water fountain system introduces the most advanced German technology in the world. Its main advantages are continuous expansion and update, bright color projection, clear pattern outline, flexible programming, easy operation, and operation in different places. It saves electricity and less investment. The laser demonstrator is mainly composed of laser, laser projector and computer controller. Under the control of a computer program, the color laser beam is projected to the water curtain through the color synthesizer and laser projector to show people all kinds of special light speed effects. The refined graphic drawing, performance program and graphic processing are completely in accordance with the user's requirements, and can be designed in real-time by computer software in advance. 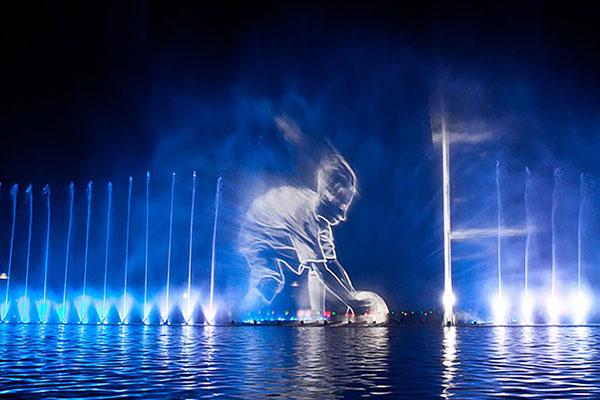 It can spray out a fan-shaped water curtain with a diameter and height of more than 20 meters and a width of 30-50 meters. With the cooperation of laser generator and water-screen video machine, we can play colorful graphics and characters on the water screen, and play water screen movies. The performance effect is excellent. The atomized water curtain makes the picture produce the illusion like feeling, coupled with the changing waterscape, let the tourists' thoughts gallop freely. Water curtain nozzle is suitable for river, lake, sea and outdoor occasions, with excellent business performance.

The water screen projection decorative water fountain generator ejects water from the bottom to the top at high speed, which forms a fan shape after atomizing the water. The water curtain is more than 20 high Meters, not only can several water curtains form a whole, or multiple water curtains are arranged in primary and secondary order, the most important thing is that the water curtain can not be seen by the audience at night, and only can see the airy and elegant advertising picture, which makes the audience feel very mysterious, and makes the advertising connotation deeply rooted in the hearts of the people, and the effect of the publicity is obvious.

Compared with the traditional advertisement, the water screen projection decorative water fountain advertisement is more attractive to customers. It has bright colors, clear pictures and far-off visibility. The light beam can add color and luster to the city night sky. It can change the content according to the customer's requirements and release the latest news. It also takes turns to demonstrate the advertisements of different businesses. In the form of dynamic and static combination, fast and slow alternation, loud and clear sound, pictures and square, with new, special, strange effect, to leave a strong impression on the audience, is a very ideal advertising means. 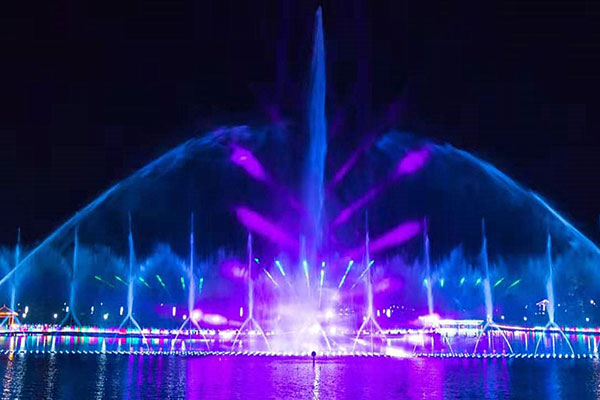