A musical fountain, also known as a dancing fountain, is a type of animated fountain for entertainment purposes that creates an aesthetic design including three-dimensional images. This is achieved by employing the effects of timed sound waves and timed light including laser against water particles. The water refracts and reflects the light, and in doing so, three-dimensional images can be produced.Installations can be large scale, employing hundreds of water jets and lights, and costing into the millions of dollars, or in smaller household forms, where a budget of one thousand dollars is feasible. Musical features tend to be complex, and require a degree of mechanical, hydraulic, electrical, and electronic components out of view that might be as impressive to its audience as the show itself. 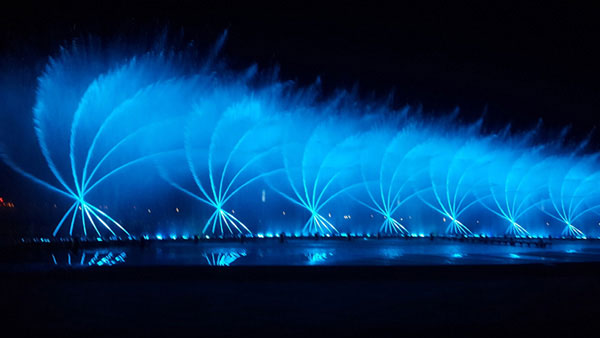 Fountains that are choreographed to music

The earliest musical fountain descriptionwere played manually by a live operator, who usually controlled pumps or valves and sometimes lights by way of switches on a control panel. Music was almost always live. Later, choreography could be prerecorded on a punched paper card which was scanned by a computer; and even later, it could be recorded on magnetic tape or, in the most modern shows, on a CD along with the music. Even so, the choreography is still usually painstakingly programmed by hand, some types of shows being played live from a control console and connected to a computer that records the operator's actions for later automatic playback. Recent advances in technology provides for unattended automatic choreography that can rival manual programming. 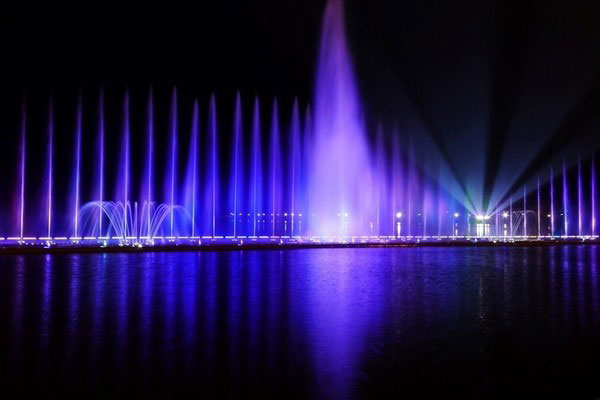 The Dancing Waters style of water show is a linear display of pumps and lights. In the United States, similar fountains are the Musical Waters. Musical Waters shows use the basic Dancing Waters mechanics. The fountains use single-speed pumps and do not offer variable water heights, and the revolving nozzles are not present since the Dancing Waters design having been prone to jamming. Despite lacking the rotating nozzles that usually define this type of show, the Musical Waters shows are one of the few of this kind that still retain most of the simple elegance that defined Otto Przystawic's first fountains, including the visual attraction of the human element with live "fountaineers" controlling the effects. 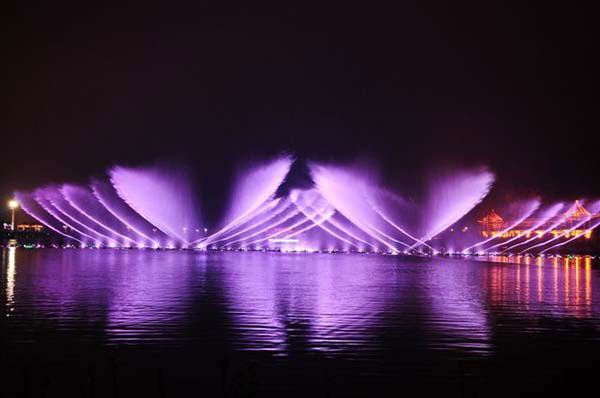 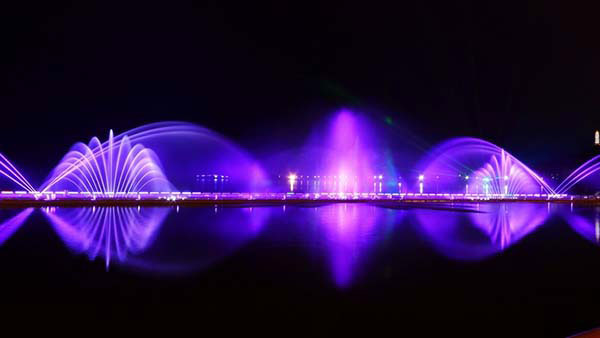