The centralized control system has a radiated cabling structure and is suitable for such small size MF as there are no too much water patterns and the control room is nearby the pools. Because the cost invested on cabling will increase if the pools are afar from the control room.

On-spot bus is a serial data communication link which connects the basic local controls to its upper controls, i.e. 485bus and CAN bus. On-spot bus has the following advantages:

One transmission line is able to control more than one equipment. The control system is thereby simplified, which leads to the shorter construction period and easier installation and maintenance.

On-spot bus employs the digital communication technology which has the character of anti-jamming and high accuracy.Its more reliable and flexible due to the local control function. 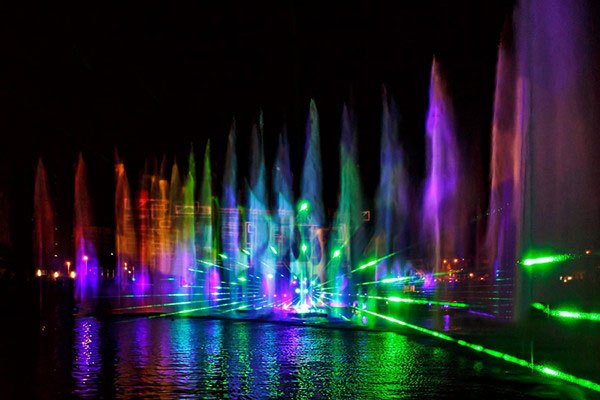 a.Network Bus Control is a completely distributed system. It speeds up the electrical system and satisfy the real-time control need of musical fountains. Also, it runs more stable.

b.It can support the bus control structure, radiated structure as well as the mixed ones.

c.The main difference between Network Bus Control and Local Bus Control is that the former employs a special network operation system to ensure the operation of all equipment around the network.

d.The commissioning and maintenance of the electrical system are more convenient. 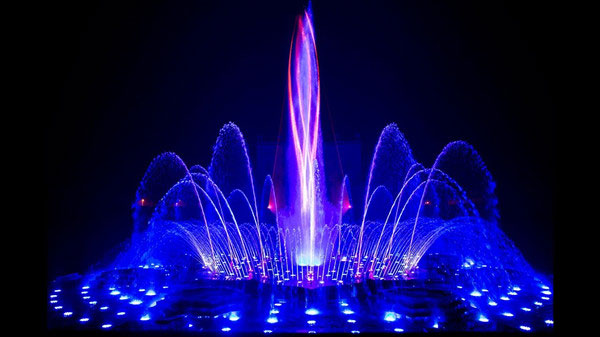 The control system of the programmable fountain uses the timing routine to control the change of water patterns. The pumps can be either controlled by switches or by variable frequency drive. When there are color lights to illuminate the water, that’s the so-called "Colored Programmable Fountain". 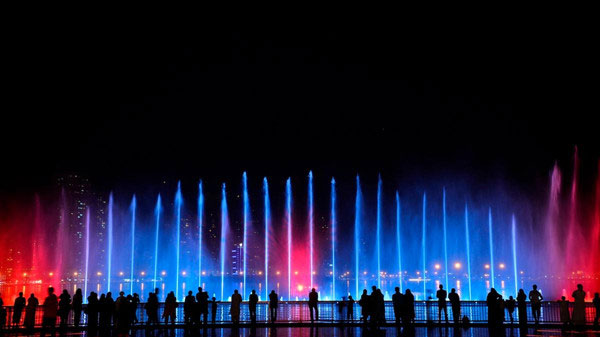