Music fountain water features generally include live fountains, springs, waterfalls, etc. and their matching water surfaces, so it can also be said to be a point-shaped water feature, but it mainly focuses on dynamic water features. The arrangement of the dynamic point-shaped waterscape should first be coordinated with the surrounding environment, that is, where should the music fountain be arranged in the garden and where should not be arranged? Arrange what kind of fountain. The most classical fountains are arranged in front of the main building, or in the center of the main square, forming the center of the first vision, and the scale should be adapted to the scale of the main building or square. From the form, most of them are axisymmetric or symmetrical to the center of the circle. The most used form is a large pool, mostly in the shape of a garden or an oval. With the upward jet of water tongue and the water droplets splashing around, it gives a feeling of freshness, grandeur and grandeur. However, the shape of the spray is generally a fixed spray height and the shape does not change with time. Most of them are not equipped with lights, and a few are equipped with white lighting. The music function of the lights is to display the shape of the fountain tongue at night. 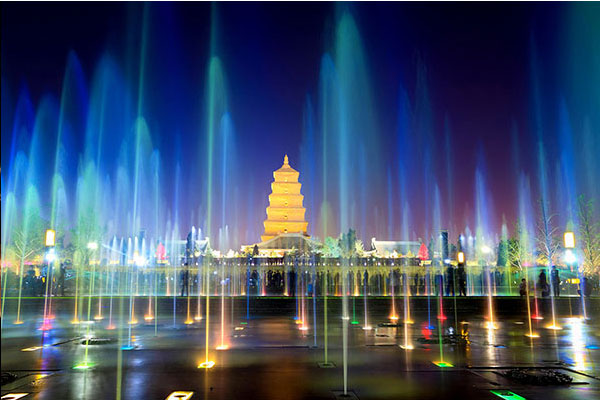 (1) Uniformity: It can also be said to be pure uniformity or uniformity, which is the simplest form of beauty. This is the most commonly used rule in fountain layout. It mainly means that there are many individuals in a large fountain. At this time, we often use the same size nozzles to form the same water shape. It is a water tongue flowing downward or a water tongue flying upward and some form of water splash. Neatness means that the same form appears repeatedly and continuously, giving people a sense of regularity, giving people a sense of neatness, and giving people a sense of order. And neatness can make relatively small individuals form a large whole. For example, a small fountain is very inconspicuous in a square, but a neat row of small fountains will give a deep impression. A trickle fountain gives the impression of being thin, but if juxtaposed in a certain shape, it will create the impression of a wall of water, a layer of water network, etc. Of course, neatness and unity cannot be absolute. It is by no means required that all fountains be the same in the entire square. Generally, neatness and unity have a certain range, that is to say, they are the same within a certain range. Another range is the neat unity of another form. This is the so-called group unification. Each group has a uniform shape, and there are differences between groups. The grouping should be appropriate. If the number of groups is too large and the number of each group is too small, it will move towards the opposite of neatness and unity, and it will be chaotic. However, the neat and unified range should not be too large, and the grouping should not be too small, otherwise it will go to the other side and become monotonous. The principle of neatness and unity should also be reflected in the fact that a fountain group should have a control element. The most common control element is height. For fountains, a high-height main fountain is often set up at a certain position, which will produce a powerful impression, while some of the smaller other fountains are subordinated, giving the audience an overall feeling for this group of fountains. The overall unity is also manifested in the dynamic fountain repeating the changes of a certain form in a certain period, which is different from the overall unity in space as mentioned above, which is the overall unity in time. 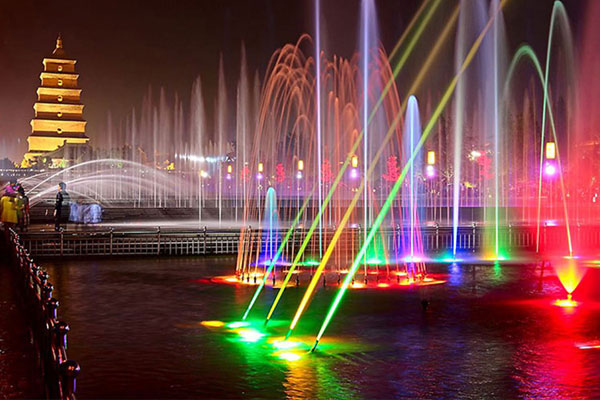 (2) Symmetrical balance: Symmetry means that one becomes the central axis, the left and right sides are equal, or it can be relatively symmetrical with a central point. Compared with neat and unified, symmetry has changed, and there are differences in direction and position. Symmetry is the most commonly followed aesthetic rule in architecture. This is because many things in nature are symmetrical, such as the position and size of human eyes, ears, hands and feet, and the shapes of various animals. Therefore, humans see more symmetry. things are accustomed to. Therefore, most ancient buildings in China are symmetrical. Most of the classical fountains are also symmetrical, and most of them are symmetrical with the main axis of the building as the central axis. Although some modern fountains are also seeking to break the symmetrical pattern and seek changes, most fountains are still symmetrical. its basic style. 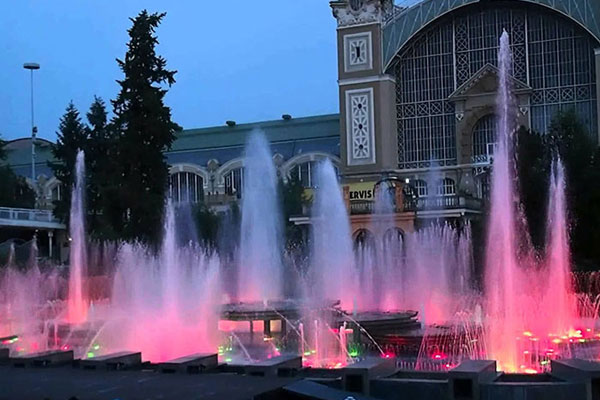