The musical fountain is based on the program-controlled fountain, and a music fountain control system is added (this control system will be described in detail below, but it will not be described here). The computer decodes and encodes the audio and MIDI signals, and then outputs the signal to the control system to synchronize the shape and lighting changes of the fountain with the music, so as to achieve a complete combination of the water type, light color and musical emotion of the fountain. The performance is more vivid and rich in content, reflecting the art of water. 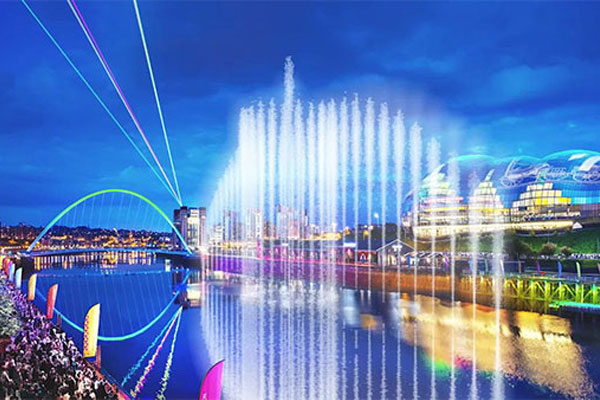 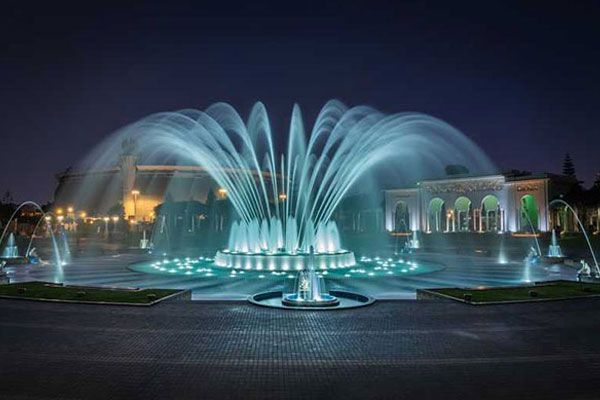 The principle of the control system is to sample and process the A/D converted audio signal through the assembly program in the integrated control chip, control the single-phase motor in stages, and finally achieve the method of controlling the flow rate of the nozzle. Program control or manual button control solenoid valve to control the pattern. The audio signal is also used to control the change of the color of the light and the brightness of the light, so that the light effect and the water form of the fountain change with the rhythm of the music. The music fountain is a comprehensive waterscape composed of computer-controlled sound, light and nozzle holes to produce different shapes, different colors and match the rhythm of music. The shape of the water will change as the sound rises and falls, and the illumination of the light can form a beautiful and colorful fountain. Most audio control systems use a multimedia PC to play music through a host computer program.

In terms of the control of the fountain system, the fountain pump has currently adopted variable frequency speed regulation technology to realize the stepless speed regulation of the pump. It can adjust the speed of the pump at any time according to the strength of the audio signal. The multi-function valve and universal nozzle are controlled by the dedicated controller of the fountain. Various patterns and shapes can be realized according to the setting procedure. The music fountain control system is a control system that integrates audio control technology and program control technology. It belongs to an industrial field control system. Most of its host computers are composed of multimedia industrial PCs. It can achieve full-time real-time sound control. According to the melody, The strength of the rhythm and audio frequency controls the fountain system. Its electrical control system mainly has the following three forms:

Centralized control: The centralized control system adopts a radial structure, which can meet the music fountain with the control room closer to the pool, smaller scale, and less pattern changes.

Fieldbus control: The fieldbus is a serial data communication link that realizes the connection between the fountain's field basic control equipment and the superior control equipment. The advantages of fieldbus are: one transmission line can control multiple devices, the control system is simple, installation and maintenance are easy; the use of digital communication technology has strong anti-interference and high precision; the control functions are distributed to the fountain site, which improves the electrical control system. Reliability and flexibility.

In short, with the change of music, the musical fountain adds a beautiful visual and auditory feast to the people of the city at night. It is a romantic and leisure entertainment project at night in fast-paced city life.