Cascades Falls in Jackson, Michigan is a water display that has been entertaining people since May 10, 1932. Cascades is an ensemble of 6 water fountains, 16 falls of which 11 are illuminated, and 1,230 colored electric lights. Using a 2,000 gallon per minute water pump, water is being filtered, chlorinated and recycled in a closed loop system. Along each side of the falls, 126 steps are present while walkways pass three main pools of water which measure 30 feet by 90 feet. 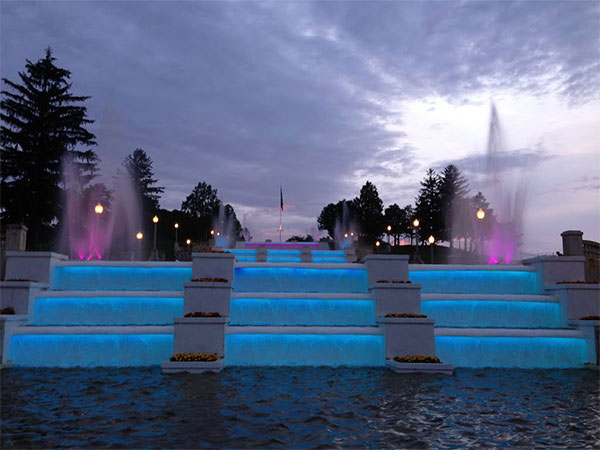 The city of Jackson prides itself with this landmark. Among all the other structures on the city, Cascades is regarded as the monument of beauty that provides the city’s residents and visitors fond memories and enjoyment. It all began with the idea of a man named William Sparks to give the people of Jackson something that will make them proud of their city. He was a businessman who started from a small grocery store until he got elected as Jackson’s mayor. He held that position for three terms, and also served as president of the Chamber of

Commerce, the Boy Scouts and other civic groups.

The concept of creating Cascades was formed when he went to Barcelona, Spain. He got the idea from the fountain he saw at the place. He carried on his vision by acquiring a property area and converting it into a park with a golf course, lagoons, canal, toboggan slides, landscaped grounds, a clubhouse, picnic areas and of course, the Cascades Falls. Headed by the William and Matilda Sparks

Foundation, creating the recreation spot began. After tests done on a ten-foot experimental scale model and after specifications were drawn out, North Moller Construction Company was given the contract for the project on October 17, 1931 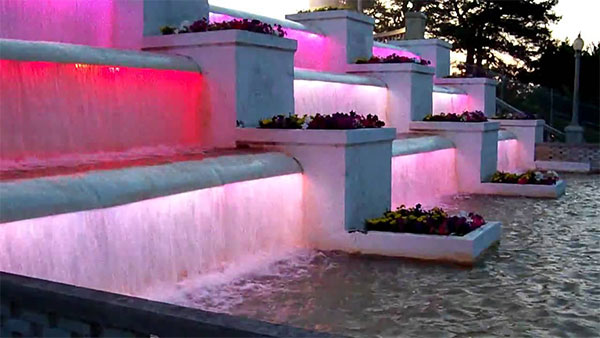 The company was tasked to finish the job, except the electrical wiring and installation, by April 26, 1932. In time for William Spark’s 59th birthday, on May 9, 1932, Cascades opened to an excited crowd of about 25,000 people.

When Sparks died in 1943, the park was given to Jackson County. By 1969, it faced the threat of permanent closure because of vandalism at various concrete spots.

It was at that time when a movement called “Save the Cascades” came to surface. From 1969 to 1970, efforts for restoring the recreational area were pursued. 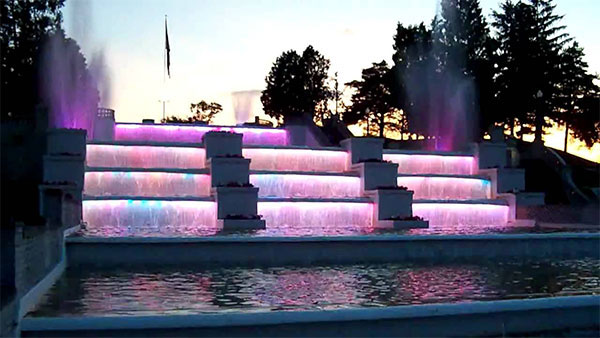 The community’s response in renovating the park was overwhelming, even school children collected pennies to contribute to the project. More than restoring the original equipments, new computerized lighting and sound systems were also installed. In 1985, a “Buy a Seat” campaign was pushed to buy new stadium seats for the amphitheater. Another renovation project was conducted in 1992 where new walkways and a chlorinated well-water system were installed. Also, light sockets were rewired and replaced. Then in 1998, during the most recent renovation project, outdated lighting, fountain controls, fountain pumps were all replaced and a new, high-speed computer program was installed.

Cascades, aside from the falls, offers its visitors snack bars, a gift shop, museum as well as picnic and playground areas. The park is also a wheelchair and stroller accessible recreational area with a free parking space. The standard rate is $3.00 per visitor while children 10 and under can get inside for free. During fireworks night, the rate is raised to $5.00 per person.