The pump that provides water pressure is generally a pump. After years of development, it has gradually developed into several categories: musical fountain program-controlled fountains Music + program-controlled fountains; laser water curtain movies; fun fountains, etc., coupled with specific lighting and control systems, play a role in purifying the air and beautifying the environment. The fountain was originally a natural landscape and a ground outcrop under pressure. The fountain in the garden is generally a decorative water spray device constructed artificially for the purpose of landscaping. Fountains can moisten the surrounding air, reduce dust, and reduce temperature. The tiny water droplets of the fountain collide with air molecules, which can generate a lot of negative oxygen ions. Therefore, the fountain is beneficial to improve the appearance of the city and the physical and mental health of the residents.

Music fountain is one of the most common garden water features, which is widely used in indoor and outdoor spaces, such as city squares, public buildings or as sketches of buildings and gardens. It is not only an independent work of art, but also can increase the humidity of the air in the local space, reduce dust, and greatly increase the concentration of negative oxygen ions in the air, which is also beneficial to improving the environment and improving people's physical and mental health.

There are many types of fountains, which can be roughly divided into: ordinary decorative fountains, fountains combined with sculptures, water sculptures, and self-controlled fountains. In general, the location of the fountain is mostly set at the focal point or the end point of the axis of the building or the square. You can also make some small fountains according to the characteristics of the environment to freely decorate the indoor and outdoor spaces. The fountain should be placed in a sheltered environment to maintain the water pattern.

2. Location of fountains in different environments

For open areas, such as in front of stations, park entrances, etc., fountains and pools are usually used in whole form. The pool should be large, the water spray should be high, and the lighting should not be too gorgeous;In narrow places, such as street turns, fountain pools are mostly rectangular;In traditional gardens, fountain pools are mostly natural water sprays, which can be made into falling water, springs, etc., mainly to represent the natural water state;Lively places, such as some small parts of the park, the fountains are free in form, and can be combined with various decorative pieces such as sculptures, and generally should not be changed too much.

According to the physiological characteristics of human sight, for fountains, sculptures, flower beds and other sceneries, the vertical viewing angle is within 30 degrees, and the horizontal viewing angle is within 45 degrees. The suitable sight distance of the fountain is 3.3 times higher than the water spray. Of course there are effects that can be used to shorten the viewing distance and cause looking up. The radius of the pool should be proportional to the height of the head of the fountain. Generally, the radius of the pool is 1.5 times the height of the fountain. If the radius is too small, water drops are easy to splash. In order to make the water spray lines obvious, a dark scene should be used as the background.

In the music fountain, some companies have adopted the most advanced international distributed computer control system based on WINDOWS NT. The system has five characteristics such as advancedness, openness, practicality, and security.

Automatic control technology is the most critical technology in the musical fountain. Its main characteristics are shown in the following aspects:

Using the international leading technology in language recognition of the Chinese Academy of Sciences Automation, a 32-bit computer signal processing system (MUCS) for music signals has been developed to perform spectrum analysis and delay processing of music signals, and extract the active components of the music signals suitable for fountain control and send them to the host. Control the machine, and can delay the music signal arbitrarily, so that the fountain and music are synchronized.

The fountain is directly controlled by the main control machine, which has the following characteristics: 1. Music signal acquisition function, extracting effective components according to frequency characteristics. description2. The fault diagnosis of the fountain equipment can diagnose the running status of the host, the leakage and the working status of the drive cabinet. 3. Chinese menu-type operating system enables operators to learn to operate in a short period of time. It has various dynamic modeling and pattern change display functions for musical fountains, enabling operators to observe various changes of fountains through a computer screen, which is extremely convenient. The music fountain's backing and operator use. 4. Open structure, friendly man-machine interface, communication interface and programming skills are open to the user. Only two keys of the mouse can be used to complete the music fountain. In this way, the music fountain library can be continuously enriched and always available. Refreshing feeling. 5. Direct control of musical fountains, directly driving pumps, frequency converters or servos. 6. The swing speed and direction control of the swing motor, the maximum control amount is 1024 or more. The fountain controller uses the MUCS system, which can be connected to any sound source (CD player, recorder, live performance, etc.), so that the music and fountain can be completely synchronized without distorting the music signal.

1. Each controlled device is installed with over-voltage, over-current, and leakage protection devices. In case of a failure, it can automatically cut off the power, reliably protect the fountain equipment on the road from loss, and ensure personal safety.

3. The driver uses large-power non-contact relays on a large scale, which reduces electromagnetic spark interference, greatly reduces the failure of the main circuit, and extends the service life. As a musical fountain, it is impossible to perform for a long time in a day, because: the first consumes a large amount of power, and the second long time will make it lack of freshness, especially when there is no light during the day, the effect is not good. As a scene of the whole square, the fountain needs to consider the artistic effect of the water type when it is used as a fixed attraction in addition to the music performance. The fixed water type has the longest usage time. Therefore, in addition to the design and selection of the fountain water type, the aesthetic feeling when performing music is considered, and the effect when it is used as a water scene is also considered. Therefore, the control settings have different functions.

1. Manual control: When the music performance is intermittent during the day or night, click on the mouse to open some water types independently, forming a combination shape that is fixed. Save electricity, usually the most commonly used.

2. Program control: If you want to have different combination modeling changes, you can turn on the degree function to make the water pattern change according to the set procedure, and different shapes appear, making people feel the beauty of different scenery.

3. Real-time voice control: It is a control method commonly used by most domestic companies. It is characterized by being able to respond to any sound source signal and perform karaoke live, etc. However, this control method has some disadvantages. First of all, the water action is lagging behind the music, making people feel that the fountain action is not in harmony with the music. Secondly, the combination of the appearance and duration of the water pattern is fixed and repeated, regardless of any track, so there will be inconsistencies in the emotions expressed by the performance water pattern and music. Such as an exhilarating musical note, a swinging water pattern may appear, and a gentle body of water may appear a tall body of water, which makes people's hearing and visual experience inconsistent. Third, the emotional passage of the music does not match the time of the water pattern change, and it is the same.

4. Pre-programming control method: According to the emotion and mood of a certain piece of music, manually compile various water patterns, movements, lights, pumps on and off, so that the performance of the fountain matches the mood and mood of the music. This function has some comprehensive difficulties in control technology, computer technology, and communication technology. 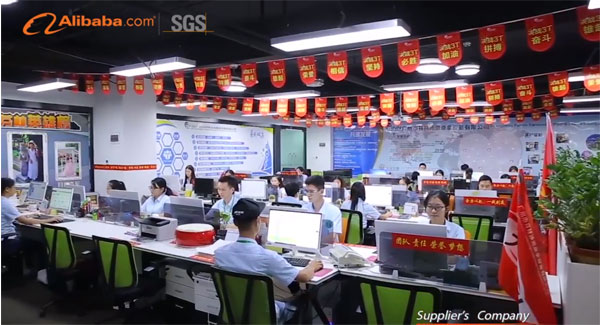